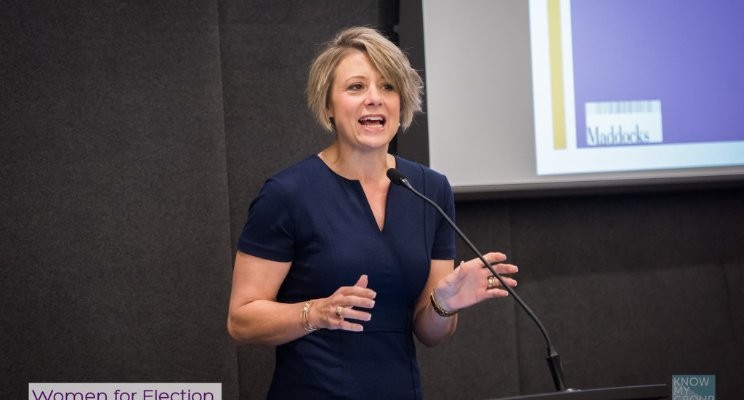 I have girl crush, and it’s on former NSW Premier Kristina Keneally.

Last week I watched Kristina give the keynote address at the inaugural Women For Election Australia masterclass at NSW Parliament House. This brilliant event brought together 13 female politicians from all political persuasions as well as experts on campaigning, media and leadership so that we, the audience, could quiz them on how to get more women into government.

The entire day was one of the best-executed masterclasses I’ve ever attended but Kristina Keneally’s speech was the highlight. Why? Because she was focussed, candid, passionate and utterly compelling.

As a media and communication skills trainer I know what makes a good public speaker and what particularly struck me about Kristina was her use of anecdotes to get her key messages across.

We all love stories, but carefully-chosen stories that perfectly illustrate the point being made amplify key messages tenfold, making them stick in people’s minds.

So for your enjoyment, here’s some key messages that the former NSW Premier passed on to the masterclass attendees, as well as the anecdotes that went with them. 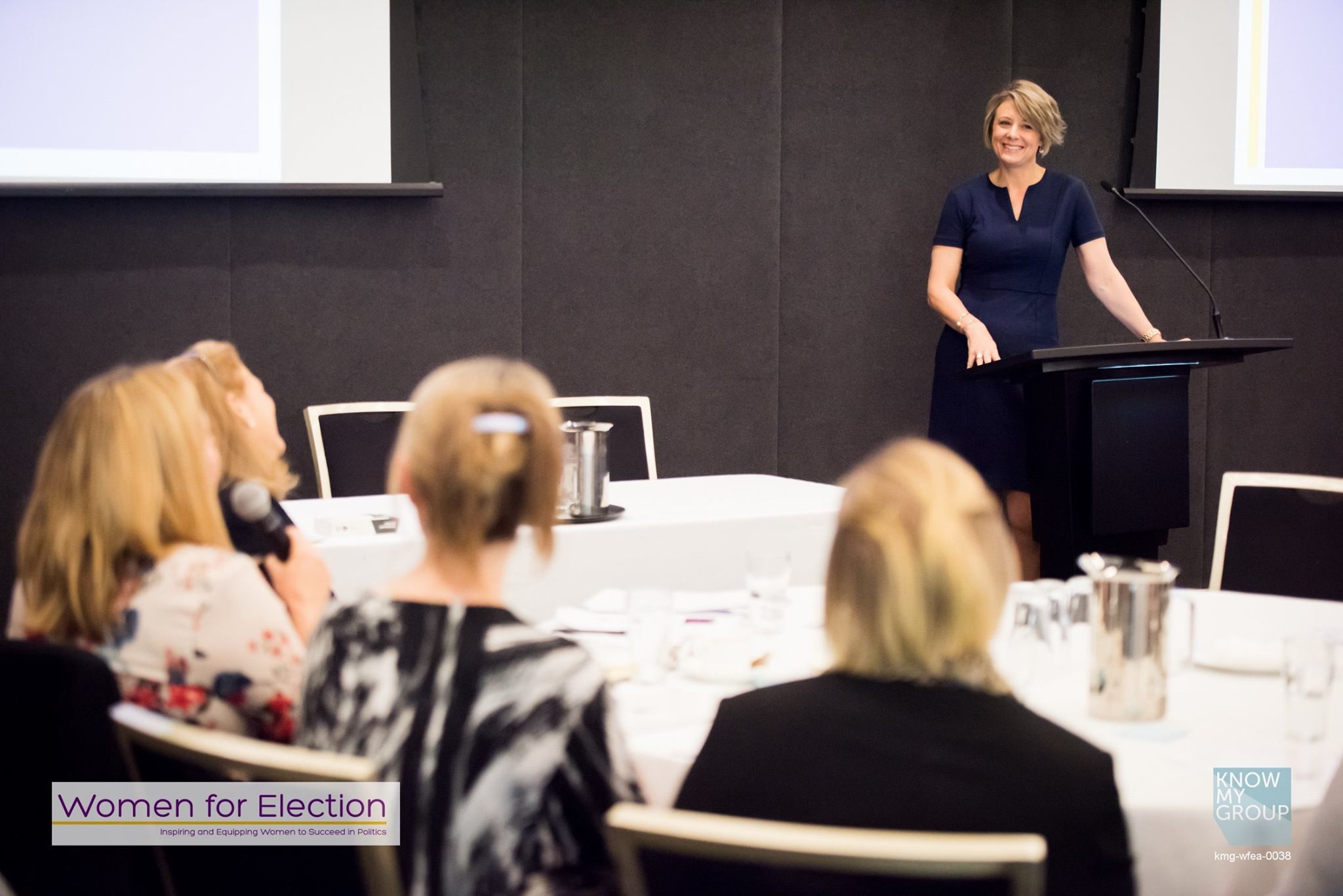 When you’re in politics, your electorate expects you to represent them as best you can

Early in her political career Kristina was walking through her electorate – a working class area – on a Saturday morning. She was dressed neatly in jeans and a jumper. An old man approached her and asked, “Are you my MP?” When she replied yes, he said “Then could you please dress like one?” Kristina was reminded that constituents want their MPs to be taken seriously in parliament, for the benefit of their community, so she resolved to dress up more on weekends, giving her constituents confidence in her ability to represent them at all times.

If you’re in politics, get very comfortable with being looked at

Kristina is a polished public speaker but she wasn’t always like that. She describes her first press conference as a minister, when she was standing next to the then-Premier Morris Iemma, as “something out of a hostage video”. She looked stiff, tense and entirely uncomfortable.  It took a while for her to get used to being looked at. She also told the story of a journalist ringing one of her media advisers to ask whether she was having voice training to soften her American accent. “Mate, have you listened to her lately? If she is, it sure aint working!” her staffer replied. Again, Kristina came to view her accent as helpful – distinctive, something that made her stand out – rather than a hindrance. She advised anyone looking to enter politics to take every opportunity to speak publicly, to get comfortable with having people assessing you.

When Kristina became Premier she took a call from former premier Bob Carr, who told her to be kind to herself, as she was bound to get some things wrong. He was right – she failed to get her first Cabinet minute through. She was mortified, but quickly realised the work she needed to do next time – behind the scenes and one-on-one with colleagues – to ensure they had the confidence to back her in Cabinet.

If you aspire to be a politician, you must be resilient

As Kristina said, you don’t go into politics to make friends. She recounted being spat at on the street by a branch member, and called very nasty names, during a bitter preselection process. She got through moments like that with the support of her family and friends outside politics, and says it was the best thing that could have happened to her. Why? Because when things got nasty again when she was Premier, she’d already exercised her resilience muscle and knew she could survive it.

So what’s the take-out from this blog? Amplify your key messages with personal anecdotes whenever you can. If you do, people will feel they know you better – and that breeds trust and respect.

A former journalist with over 20 years experience, Christine Heard is a Media Skills Network™ accredited media trainer, with clients spanning some of Australia’s biggest corporate names and well-known brands, not-for-profts and start-ups.